This post may contain affiliate links. Please read our disclosure for more info.

Who hosts a bridal shower?

If the maid of honor decides to host the bridal shower she might ask the bridesmaids to co-host and the bridesmaid have a right to accept or decline.

Who pays for the bridal shower?

For a bachelorette party each attendee pays her own way at the party.

When should the bridal shower be held?

Where should you hold the bridal shower?

Bridal showers are most often held at the home of the host. They can also be held at a hotel, park restaurant or somewhere more specific if the shower has a theme or anywhere you like.

Should the shower be a surprise?

The date and time of the bridal shower should be communicated to the bride. The guest list can also be obtained from the bride but the bride should be kept out of the rest of the planning.

Who should be invited to the bridal shower?

The guest list should be limited to those invited for the wedding. The maid of honor and mother of the bride can come up with a guest list or you can ask the bride for a list of guests she would like to invite. The bride should be kept out of the rest of the planning.

What should you do at a bridal shower?

Usually a bridal shower follows this outline; Food and drinks, play games and the bride opening her gifts. Some people choose to have an activity-oriented shower such as a spa day, crafting class etc.

Should the bridal shower have a theme?

This decision is totally up to you. You can decide to either have a themed shower or not.

Can you have more than one shower?

Can I throw a co-ed shower?

Yes you can throw a co-ed shower but this decision should be made by the bride and groom.

Can the groom come to the shower if it’s not co-ed?

Usually the groom should not attend the bridal shower if it’s not co-ed. It is now becoming a trend for the groom to make an appearance at the end of the shower bringing the bride flowers and saying Hi personally to all the guests. 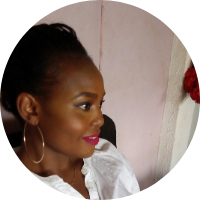 Hey there! I'm Bunmi and I'm so excited you are here! My biggest passion is helping people grow everyday and become the best version of themselves. Any cookies that may not be particularly necessary for the website to function and is used specifically to collect user personal data via analytics, ads, other embedded contents are termed as non-necessary cookies. It is mandatory to procure user consent prior to running these cookies on your website.

SAVE & ACCEPT
Shopping Cart
There are no products in the cart!